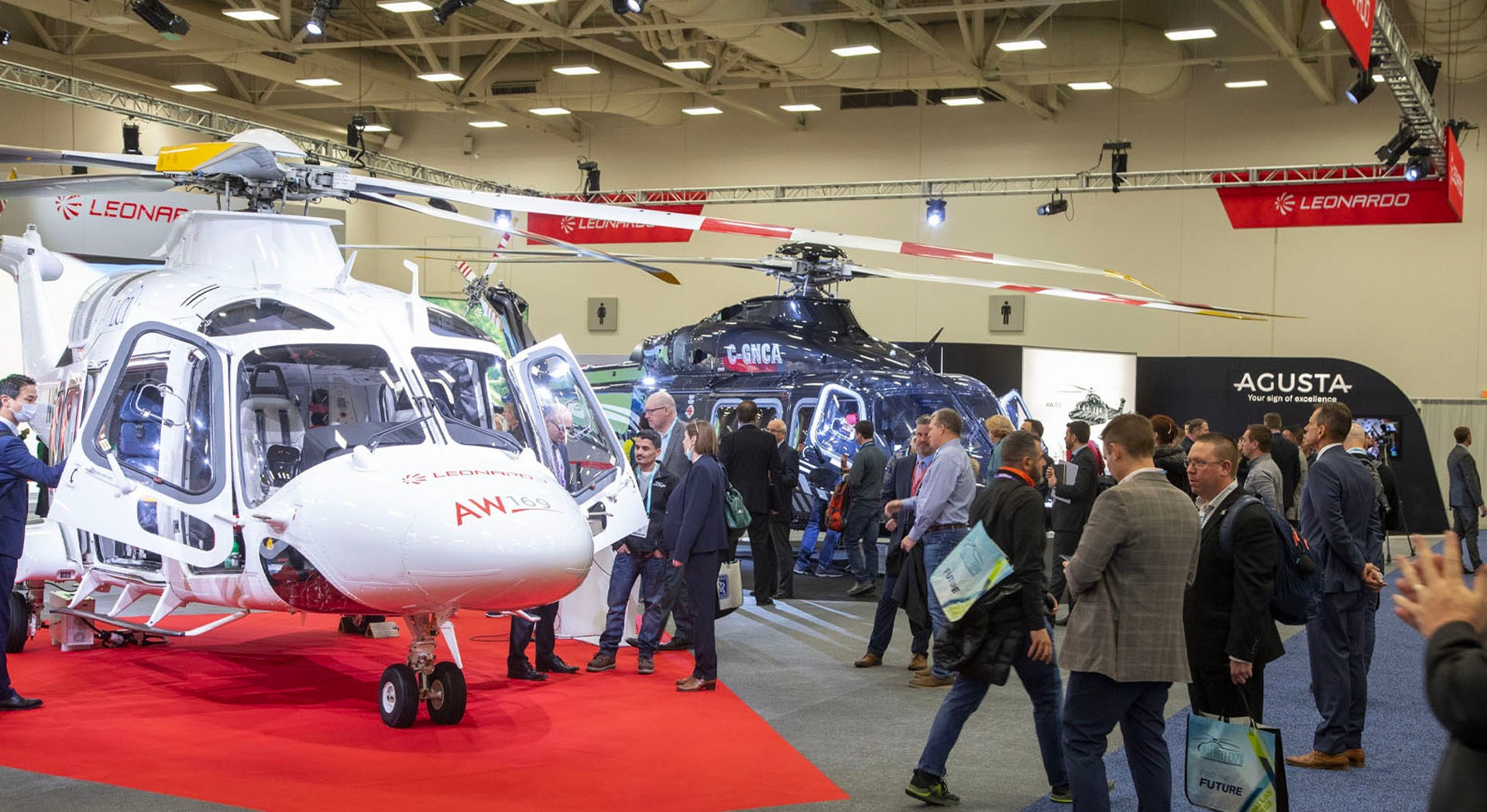 In the VIP/corporate market, official distributor for UK & Ireland Sloane Helicopters ordered three AW109 GrandNew aircraft. Since the beginning of the collaboration with Sloane, 91 Leonardo commercial helicopters have been delivered to operators and private customers in UK and Ireland and Leonardo continues to be the largest manufacturer of VIP/corporate helicopters in the UK. By summer 2023, an additional ten aircraft will have been supplied to the region, making this the best performance ever registered by a distributor in UK and Ireland. In the UK Leonardo also plans to further enhance support services in the future as the commercial fleet grows stronger. Sloane said: “We are delighted and honoured to continue our close partnership with Leonardo. The AW109 series, together with the AW169, have consolidated their positions as the benchmark for helicopters in the corporate/VIP market. As the sole distributor in the region for nearly 27 years, Sloane Helicopters has an unrivalled understanding of customer requirements and continues to leverage this expertise by offering industry leading solutions throughout the sales process and after sales support.” Adding to this expansion in the European VIP light twin market, in Italy the first AW109 Trekker light twin delivered in 2021 is owned by Hoverfly for charter services.

Comexport ordered an AW169 VIP in Brazil. The type has already proven highly successful in this key market for Leonardo, where seven units have already been delivered to various operators out of a total of 190 aircraft of various types serving different markets in the South American country. Turkish official distributor Kaan Air placed an order for one AW139. The contract expands the success of the AW139 in Turkey and adds to more than 30 commercial helicopters of various models sold in the country, particularly for VIP transport, emergency medical service and utility roles. Three different undisclosed users have also placed orders for a total of four AW139s VIP in the United States. The AW139 has also an established track record of shuttle and schedule services with operators across Asia, Europe and North America and is now adding Japan to the served geographies. Toho Air Service, in the framework of its heli-commuter service linking together the six major Izu islands in the Tokyo area, will start using an AW139 at the end of 2022 marking the entrance of the type in the Japanese shuttle service market and further growing the outstanding success of the AW139 in the country where nearly 70 units are in service for the widest range of roles today. Furthermore, 2021 also marks the sale of the first AW189 in VIP configuration for the European market to an undisclosed user.

With a 45% share over the last ten years, Leonardo is the world leader in the twin-engine VIP/corporate helicopter market including private, charter and VVIP/Government transport services, thanks to the most modern and largest product range featuring state-of-art avionic and navigation systems along with class leading performance, safety and comfort standards. Based on the company’s long-established and distinctive design, technology and service philosophy and values in the executive transport sphere, Leonardo recently launched the Agusta brand to embody its unique experience and excellence for future VIP market initiatives.

The success of the AW169 light intermediate twin engine helicopter in the wind farm sector supporting offshore operations for the sustainable energy industry, particularly in the North Sea with various operators, grows stronger with an order for two additional aircraft by HeliService international GmbH of Germany. These helicopters will be used to support Vestas turbine manufacturer in its offshore wind farm programme in Taiwan starting in summer 2023. The contract brings the total number of AW169s ordered by HeliService to five since its first purchase in late 2015, and marks the entrance of the AW169 into the Asian wind farm market. Henk Schaeken, Managing Director, HeliServices, said: “HeliService is the largest operator in the offshore wind market. We thank a lot of our success in this market to the versatility and capability of the AW169. The AW169 is not only an extremely capable hoist platform but also allows us to perform crew change missions without having to reconfigure the aircraft. The increased performance introduced by the Enhanced Performance Package made the AW169 the aircraft of choice for the project in Taiwan.”

These several latest updates add to the important announcements made by Leonardo at the helicopter exhibition in USA including an Agreement for four VIP/corporate – utility AW609 tiltrotors with a European operator, the forthcoming introduction of 16 VIP/corporate – EMS AW139s by THC in Saudi Arabia and the plan for the renewal of the distributor agreement for the pre-owned civil helicopter market with Rotortrade.

Watch the video to discover more. 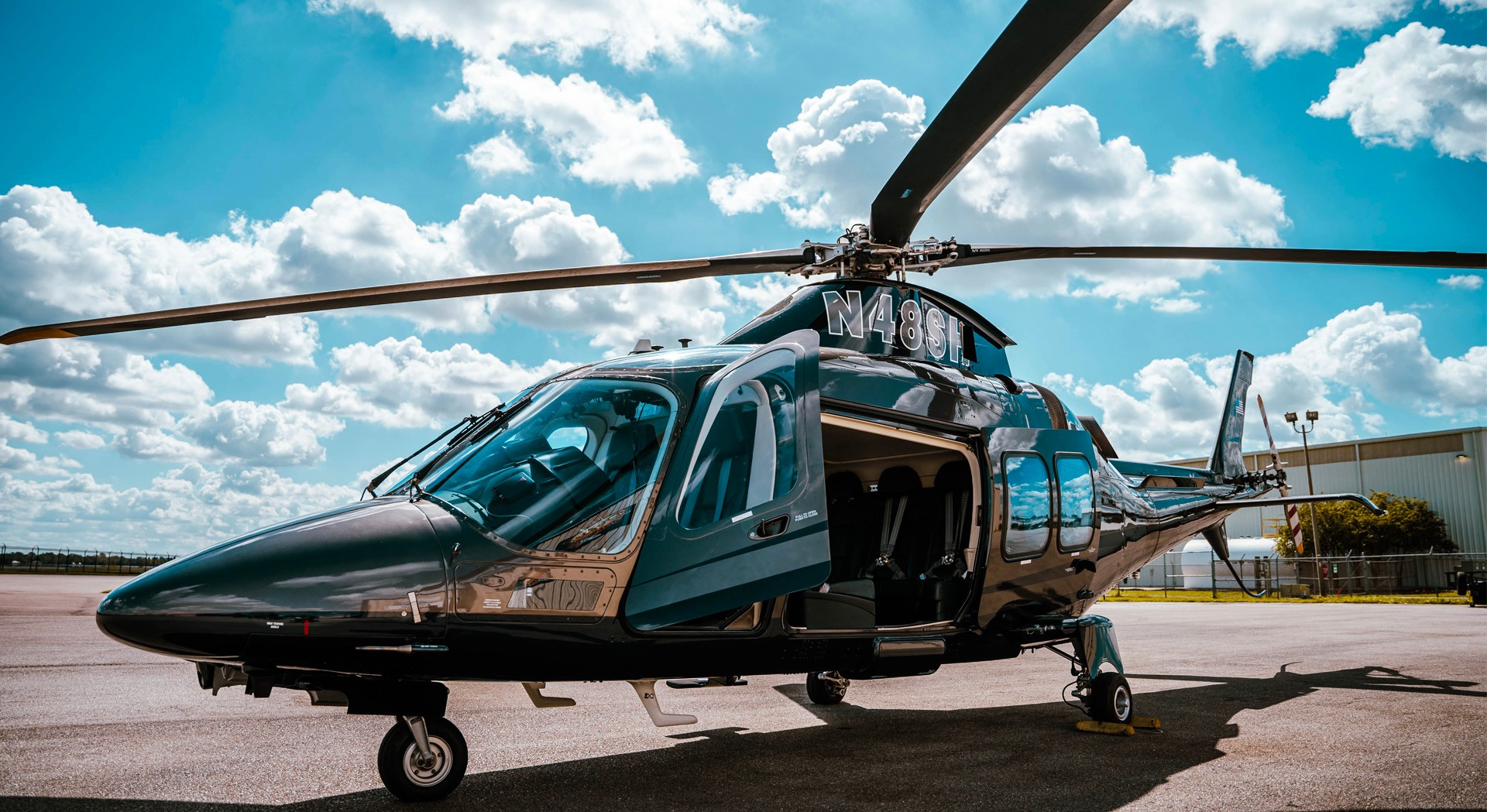 The AW109 GrandNew in VIP configuration has completed a demo tour in the US. The helicopter flew over Chicago, over Florida, South Carolina and North Carolina. 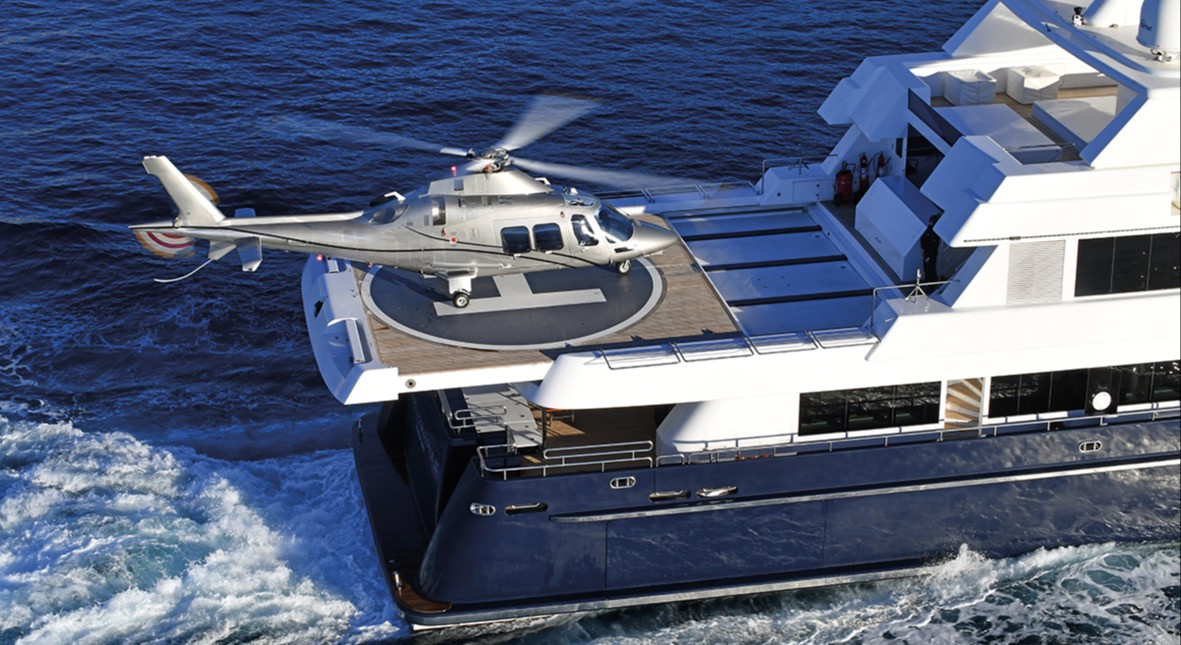 North America’s business aviation main conference and exhibition is back in Florida, enabling Leonardo to join the business aviation community to explore the future of the industry, presenting major premieres. 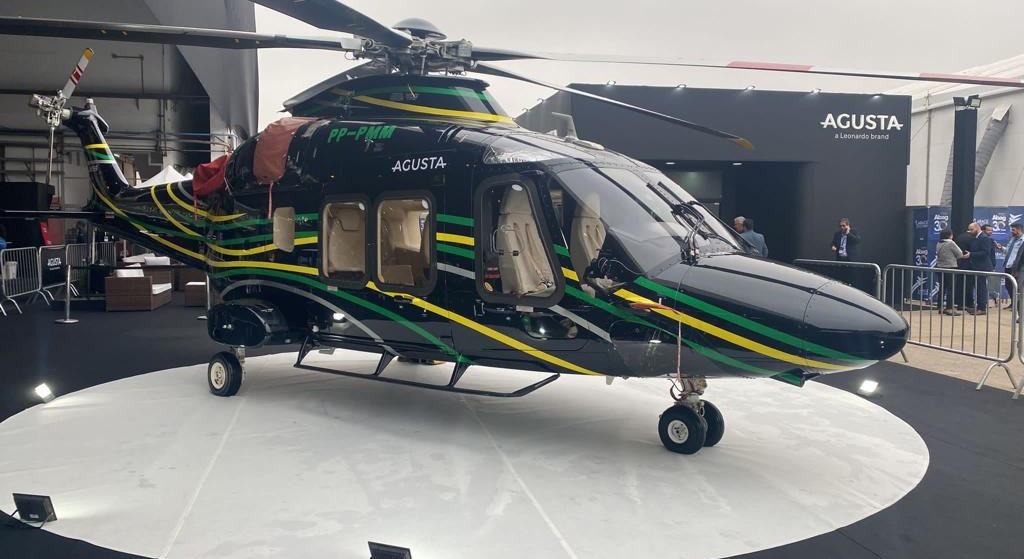 Orders for three helicopters including two AW169s and one AW109 Trekker for two different private operators, with deliveries in 2023. 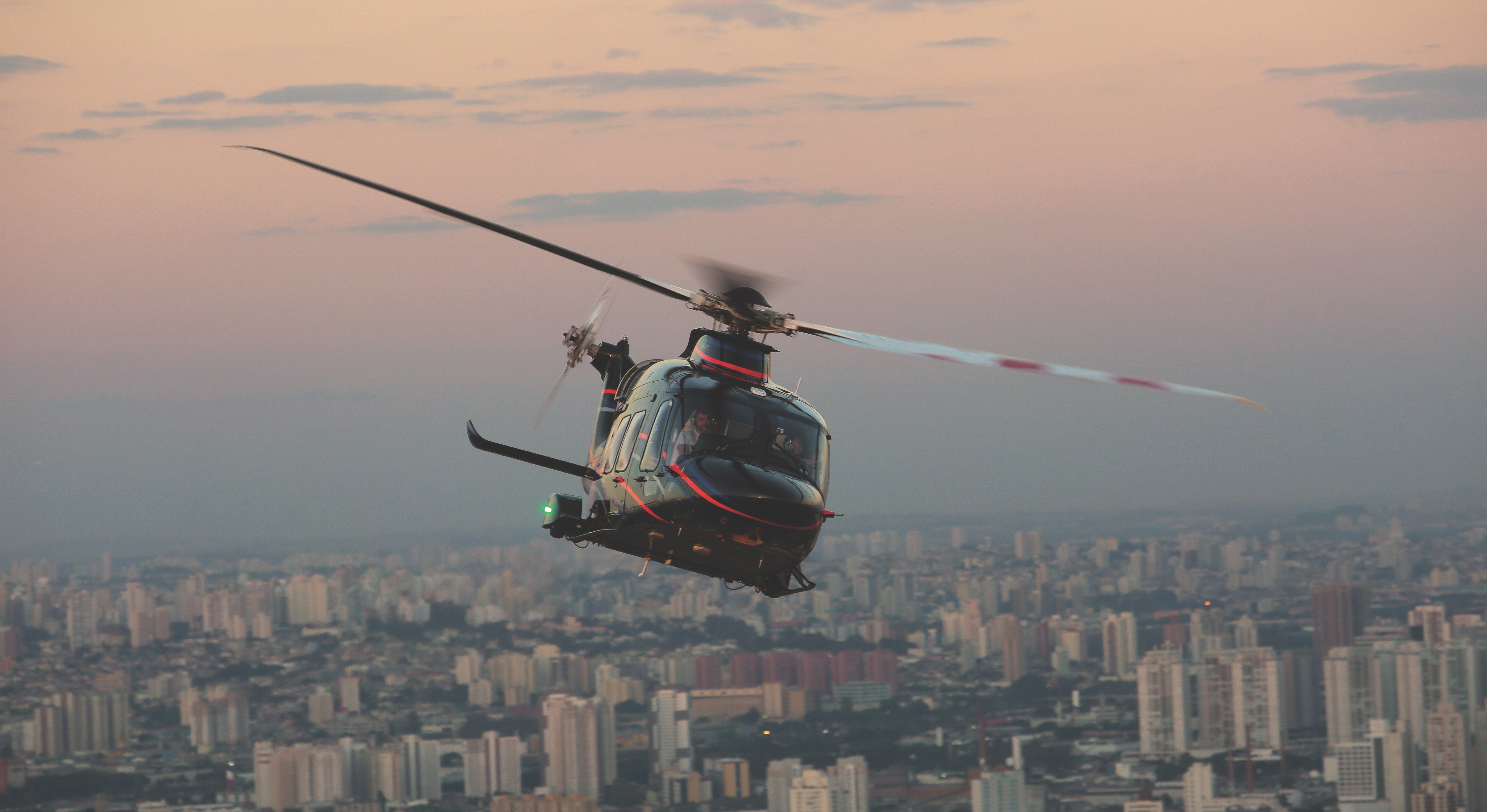